Turner Simkins is President of Blue Beech, LLC a real estate development and marketing consulting firm based in North Augusta, South Carolina and is the founder and managing partner of of Newfire Media, a Google Premier Partner digital advertising agency. He is also founder and President of the Horse Creek Trust, a non-profit real estate development company established to define a 21st Century vision for two textile towns in central South Carolina.  Blue Beech is dedicated to entrepreneurial projects which balance business profitability with community-reinvestment.  In the real estate industry, Simkins has been involved with all aspects of project-management, including:  planning, financing, feasibility analysis, marketing, sales and development. Newfire Media, owned in-part by Blue Beech is a specialized digital advertising and marketing agency which delivers online marketing strategy and scalable, smart-media buying tools and digital intelligence services for a wide range of businesses, spanning from popular national brands to local non-profits (www.newfiremedia.com).  His personal and civic life revolves around music, writing, the outdoors and fundraising for pediatric cancer research and community redevelopment.

While playing key roles in the creation of a number of master-planned communities around the United States, Simkins has devoted the last fifteen years of his career to both the creation and promotion of sustainable development and redevelopment projects.  Blue Beech was founded, in part, through Simkins’ efforts to prove that new models must be established in order for our nation to grow in a responsible manner. Throughout his career, Simkins has consistently remained active in a variety of civic organizations and community projects, including: Land Trusts, food banks, community arts organizations, organic farming, community redevelopment and neighborhood events. As the President of Blue Beech, he served as vice president of North Augusta Riverfront Company, LLC which is a subsidiary of LeylandAlliance LLC, of Tuxedo, New York as chief project consultant for Hammond’s Ferry, a public/private initiative with the City of North Augusta, South Carolina. Blue-Beech has facilitated the public-private partnership and planning efforts to initiate “Project Jackson” which, in partner with Atlanta based Greenstone Properties, will create the first true urban town center on the Savannah River since the establishment of the City of Augusta in 1735.

Through Blue Beech, LLC, Simkins assists communities and developers plan and establish active town centers and less automobile dependent communities which integrate residential, retail and commercial programming with emphasis on a broader civic and cultural vision necessary for a balanced human environment. Simkins most recent initiative focuses on the creation of the Horse Creek Trust, a not-for-profit development entity which serves as the the planning and development facilitator for the redevelopment of the towns of Graniteville and Vaucluse, SC (representing two of the South’s finest examples of planned 19th century textile towns) and a 2,000 conserved natural park. Horse Creek Trust is partnering with for-profit development entities and state and local governments to create both a destination oriented and primary residence “learning community,” establishing the arts, connectivity  and and environmental sustainability as necessary components of everyday life. Like Hammond’s Ferry, it stands to serve as one the nation’s finest example of sustainable community building every, marrying historic preservation principles (thereby providing tax equity incentives) with new urbanist development standards.

Simkins earned a BA in Philosophy and English as a 1987 graduate of Washington and Lee University.  He began his professional career with Jack Nicklaus Development Corporation and Nicklaus/Sierra Development Corporation in the design, development and sales of luxury golf course communities throughout the United States. He moved to Augusta, Georgia in 1998, where he became Vice President with Blanchard and Calhoun Real Estate Company, in charge of residential development and new home sales operations. With Blanchard and Calhoun, he set new planning and development standards for the region, in introducing the first “conservation community” and the first neo-traditional neighborhood in the marketplace (including Bartram Trail, which is the first Audubon Silver Signature golf facility in Georgia and South Carolina). During this time, Simkins co-founded Augusta Renaissance Partners to pursue the adaptive reuse of historic buildings in downtown Augusta, Georgia.

He currently serves as an advisory board member for the MAX Mortgage Asset Exchange. MAX is an exchange and clearinghouse for the purchase and sale of residential mortgage loans. The MAX Exchange efficiently connects qualified buyers and sellers of mortgage loans by providing standardized rules and regulations, independent loan reviews, ongoing loan and servicing surveillance, and a fair, efficient, and enforceable dispute resolution process.

On a civic level, currently, Simkins is an active board member with the Community Foundation of the CSRA and the Childrens Hospital of Georgia. He and his wife Tara are co-founders of the Press On Fund for Pediatric Cancer Research which. Press On has funded over $7 million in research, and developed awareness, for pediatric leukemia, neurooncology and neuroblastoma research and trials since 2011.  He is also the president of the Hammond’s Ferry Foundation, funding and supporting music and the visual arts as a fundamentally necessary component of community life.

Prior to his current civic board duties, Simkins served as an originator and director of the Savannah River Banking Company (now First Community Bank). Simkins has been and remains involved with many other civic and professional organizations.  He is an alumnus of Leadership Georgia’s class of 2001.  He is past chairman of the Augusta Canal Authority and has been an active board member of Augusta Tomorrow, Inc. & North Augusta 2000, Inc. He is a very proud founder of the Central Savannah River Land Trust, where he served as the organization’s first chairman. He served on the Board of the Golden Harvest Food Bank and for two terms on the board of the Augusta Metro Chamber of Commerce.  He is past president of the Metro Augusta Sales and Marketing Council and past board member of the Gertrude Herbert Institute of Art, the Builders Association of Metro Augusta, the Southeastern Natural Sciences Academy and the Historic Augusta Revolving Fund.

Simkins the author of Possibilities, a 286 page memoir about his son’s fight with leukemia. Possibilities has been praised as one of the most inspirational and improbable stories in the history of pediatric cancer and has achieved noteworthy commendation in the literary community. He also is the co-writer of the Darius Rucker hit, “Possibilities,” the proceeds from which serve St Jude Children’s Research Hospital. He continues to write music and prose, and shares his music with both his church and on stage.

He lives in Hammond’s Ferry, in North Augusta, SC, with his wife, Tara and three sons: Nat, Brennan and Christopher.  The offices of Blue Beech and Newfire Media are also located in Hammond’s Ferry.  “I am not just “putting my money where my mouth is, living and working in a new urbanist community,” says Simkins, “I am living and working where I need and want to live. I have never been happier.” 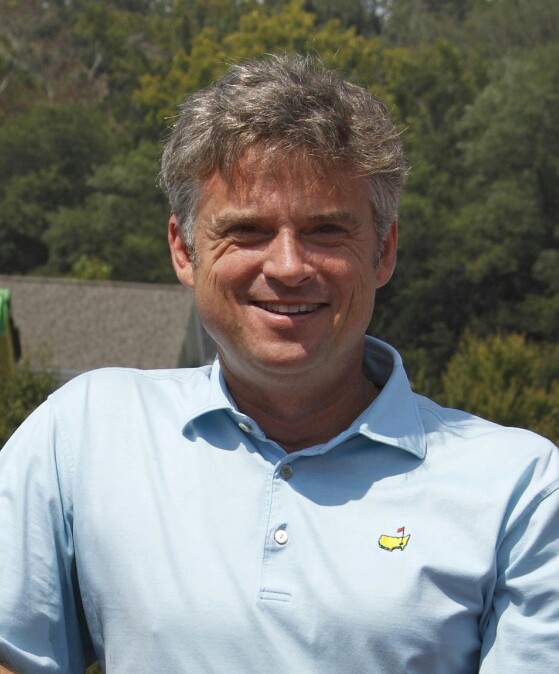 President of Blue Beech, LLC which is a real estate development and marketing consulting firm based in North Augusta, South Carolina and is the Parent investor of NewFire Media. Blue Beech is dedicated to entrepreneurial projects which balance business profitability with community-reinvestment. In the real estate industry, Simkins has been involved with all aspects of project-management, including: planning, financing, feasibility analysis, marketing, sales and development. While playing key roles in a number of master-planned communities around the United States, Simkins has devoted the last ten years of his career to sustainable development and redevelopment projects, thus leading to his founding of Blue Beech, LLC as a response to, and as a conscious effort to demonstrate, that new models must be established in order for our nation to grow in a responsible manner